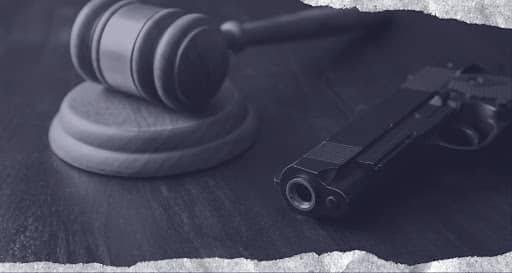 The GOF Tweeted out, "This is a setback, not a defeat. GOA and GOF are committed to appealing this ruling and moving forward with our case against this unconstitutional rule."

This is a set back, not a defeat. GOA and GOF are committed to appealing this ruling and moving forward with our case against this unconstitutional rule.https://t.co/S4IF0BLUii

In MOREHOUSE ENTERPRISES, LLC V. ATF, attorneys for GOF and Gun Owners of America (GOA) argued that the ATF overstepped its rule-making power when it redefined frames and receivers. Another issue GOF and GOA had with the final rule is that it requires gun store owners to keep federal background check forms (ATF Form 4473) forever. Before the new rule, a federal firearms licensee (FFL) was permitted to destroy all background check forms older than 20 years old. The final rule puts an ever-increasing burden on FFLs. GOF and GOA claimed the final rule violated the Administrative Procedure Act (APA). The two gun-rights groups believed that the ATF was abusing its power by making a de facto law through the rule-making process instead of going through Congress.

The GOF and GOA also believed that the final rule makes it almost impossible for American citizens to build a homemade firearm. Although the regulation does not make it illegal for Americans to create what the ATF calls "privately manufactured firearms" (PMF), the rule will make it nearly impossible to get the parts needed to produce the guns. The frames and jigs required to make a firearm cannot be sold together. If a gun owner buys the items separately, the ATF will consider that to be "structuring" the purchases to get around the new regulation. If one company sells a frame, a second company sells a jig, and a customer buys the items from both companies, those companies can be charged with conspiracy.

Even if a gunsmith took in a firearm overnight to Cerakote or to install new sights, that gunsmith would have to serialize the frame. The GOF pointed out that this would put an extra burden on gunsmiths. The group worries that the rule, which it sees as arbitrary and capricious, will have a stifling effect on the industry not only because of the serialization requirements but also due to the uncertainty concerning the meaning of the rule.

The two groups also took issue with the government changing the final rule two days before it was scheduled to go into effect. Without an announcement, the ATF posted an updated version of changes in the Federal Register, sending lawyers, companies, and gun owners scrambling to figure out how the changes would affect them. The plaintiff's lawyers also didn't believe they had enough time to review the changes to see how they would affect their clients.

The judge, who constantly referred to the ATF as the "AFT," did not seem to grasp the final rule's impact on the industry.

“GOA and GOF are disappointed that the court failed to halt the expansion of ATF's illegal gun registry and ban on so-called ‘ghost guns,’” Erich Pratt, Senior Vice President of Gun Owners of America said. “It is unlawful for the Biden Administration to infringe on the Second Amendment in this manner, and we will continue to appeal and fight this case until liberty is restored and the ATF has been held accountable.”

The GOF vehemently disagrees with the judge's decision and vows to keep fighting, not only against the new rule, but until it can stop all government overreach targeted against gun owners.