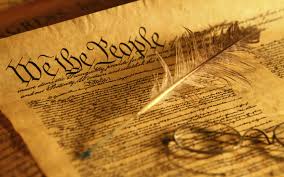 This case puts on full display the willingness of the courts to ignore both the Constitution and prior constitutional rulings.