Not Guilty on All Counts!

Not Guilty on All Counts!

-- How Gun Owners Foundation trounced the ATF in court 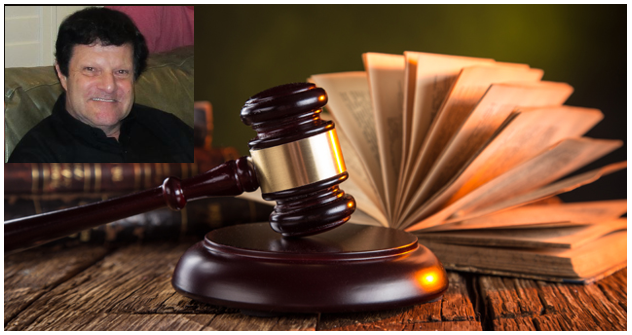 Bob Arwady sure knows what it’s like to be put through the wringer.

Over the past 15 years, the ATF has twice accused Bob of having committed numerous gun-related crimes.

Twice Bob has refused to “take the easy way out” by pleading guilty to something he did not do.

Twice he has chosen instead to put his fate in the hands of a jury of his peers.

And twice he has come out unscathed, being found not guilty on all counts.

For more than a decade now, Gun Owners Foundation has been at Bob’s side, providing legal assistance, paying some legal bills, and offering friendship and support as Bob has endured this living nightmare.

Also, since early 2014, Gun Owners Foundation’s legal team has assisted in Bob’s legal defense against these most recent charges, drafting numerous motions to dismiss the charges, along with other legal pleadings.

Over the past year, Gun Owners sent a member of its legal team to Houston four times to assist in Bob’s defense in federal court.

Go here to financially help Gun Owners Foundation so that we can continue to assist people like Bob Arwady.

ATF: Breaking the law in the name of the law

In order to better understand Bob’s case, a little history is helpful.  Years ago, after ATF revoked Bob’s dealer’s license, he transferred his remaining firearms to his personal inventory — exactly as ATF procedures instruct.

Over the years, Bob sold guns out of that inventory — just like ATF said he could.  Each time Bob would make a sale, he would go above and beyond the requirements of the law, and use a local FFL to ship the gun to the buyer’s FFL.  Each and every sale was perfectly lawful, and utterly above reproach.

But along came ATF, and accused Bob of being “engaged in the business” of dealing in firearms without a license!  For selling his own guns!  ATF had literally no evidence to support that charge, but of course that mere technicality never fails to stop ATF.

ATF also charged Bob — along with Bob’s longtime employee and friend Paul — with having committed a straw purchase, because they had bought three stripped AR-15 lower receivers from a dealer they had known for decades.

But this was no straw purchase.  Paul had filled out the paperwork as the one taking possession of the receivers.  Bob simply paid the bill.  Bob even showed the FFL his Texas concealed carry permit, to show that he was good-to-go as well.

However, ATF claimed that a straw purchase happens anytime one person fills out the paperwork, and another person pays!  Thus, said ATF, an employer in a case like this cannot even buy his employee a gift!

ATF’s own website says that Bob could have given Paul a $500 gift card to buy the receivers, but ATF claimed that Bob could not take the same $500 and pay for Paul’s receivers at the store.

This is what happens when dealing with an agency that consistently refuses to be bogged down by inconveniences such as the law, truth, or common sense.

Just days before trial, the federal prosecutors — realizing the weakness of their case — finally decided to drop the bogus “engaged in the business” charges against Bob, but left the two charges about the so-called “straw purchase.”

The case went to trial on October 20, 2015.  ATF’s entire basis for charging Bob and Paul with multiple felonies was that “Paul got the guns, but Bob paid.”

After a two day trial and a masterful defense put on by Bob and Paul’s defense lawyers, the jury retired to deliberate.  The jury took a while longer than anyone thought it would.

Come to find out, the jury was just confused.  It seemed to them that the government had literally no evidence at all of any crime — and the jury simply found that unbelievable.  So they went over everything again, to make sure they understood everything.

Confidently reaching their verdict, the jury returned.  The jury foreman announced himself and confirmed that the jury had reached a verdict.

As it turns out, the jury foreman was an Army Veteran, himself a multiple gun owner, has a Texas Concealed Handgun License, and rates himself an eight out of ten on gun knowledge.  God sure was smiling on Bob, on that day, in that Texas courtroom.

Next, the judge read the verdict — NOT GUILTY ON ALL COUNTS.

Bob broke down into tears.  He had been drug through the mud for six years, but finally was vindicated for the second time.

Only minutes after the verdict was read, Bob’s first call was to Larry Pratt, to thank him and GOF in a gracious and heartwarming phone call.

Bob now must pick up the pieces and move on with his life.  But now being over 70 years old, that is easier said than done.

Bob was a successful businessman, but ATF has done its best to destroy Bob’s business and his life, including ATF’s seizure of his entire business inventory, all his records, some very valuable guns, and charging him with criminal offenses that he did not commit.

Moreover, Bob’s health, and his wife’s health, have suffered at the hands of some truly terrible government “servants.”

When the dust cleared, it took four lawyers, six years, hundreds of hours, and tens of thousands of dollars to clear Bob’s name.  Gun Owners Members should be proud for the role they have played in protecting Bob and his family against ATF.

Of course, losing the case against Bob is no skin off ATF’s back.  Despite having wasted what is likely hundreds of thousands of taxpayer dollars pursuing an innocent man, ATF employees will head right back to the office the next morning, free to pursue their next victim.

With your support, GOF will be ready.

As of the date this article was written, ATF has yet to return any of Bob’s firearms.  In our experience, ATF often drags its feet when ordered to return guns.  In far too many cases for it to be a “coincidence,” ATF “loses” or damages guns — often greatly diminishing their value or rendering them unusable.  Because hey, if they can’t put Bob in prison, at least they’ll ruin his expensive collection.

Gun owners can make donations to Gun Owners Foundation so that we can continue to help people like Bob Arwady.