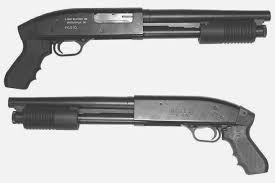 By a vote of 8-1 in June, the Supreme Court sided with Gun Owners Foundation in preventing a mandatory minimum sentence from being applied against a gun owner merely because he had possessed a firearm.

Samuel Johnson had been convicted of being a felon in possession of a firearm. Ordinarily, the trial judge would have had discretion to sentence Johnson up to 10 years in prison. However, the judge determined that Johnson met the definition of an “armed career criminal” under federal law, thus subjecting him to a mandatory minimum sentence of 15 years.

An “armed career criminal” is a person who, among other things, has previously been convicted of three or more “violent felonies.” One of Johnson's past felonies, was nothing more than simple “possession” of a short-barreled shotgun -- which the Eighth Circuit ruled to be a violent felony.

Our amicus brief submitted to the Supreme Court argued first that, as a threshold matter, possession of a short-barreled shotgun does not require proof of “conduct.” The shotgun at issue had simply been found in the car in which Johnson was a passenger. “Possession” of a shotgun can involve either “actual possession” -- such as holding the shotgun -- or, as in Johnson's case, “constructive possession” -- which requires only knowledge of the whereabouts of the shotgun plus the ability to control it.

Johnson’s constructive possession did not require any “act” or physical contact with the shotgun and, thus, he did not engage in any “conduct” according to that word’s ordinary usage. Every other crime that has been found to fit under the statute in question has involved clear conduct on the part of the defendant, such as attempted burglary, escape, vehicle flight, etc.

So the Supreme Court overwhelmingly ruled that mere possession (with no use) of a firearm is not a “violent felony,” and thus prevented the imposition of a 15-year mandatory minimum sentence instead of the typical sentence of up to 10 years.

This case helps prevent the demonization of firearms and averts the ability of prosecutors to bootstrap almost any violation by a gun owner into a much longer jail term.